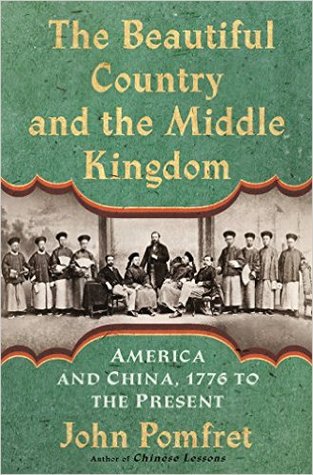 A romance spanning the centuries. Despite manipulation, lies, and broken promises, the pair finds each other charismatic and irresistible, perpetually hoping the other will change.

The dysfunctional geopolitical love story of the U.S. and China makes great reading because of the characters. The focus is on the people who interacted at influential levels of both societies, but not exclusively on government. Female missionaries finding freedom in China they didn’t have in the U.S. A colorful hippie stoner on the U.S. ping pong team. Nineteenth century Chinese business leaders . Revolutionaries from the Boxer rebellion to the Communist revolution and in between. The Soong sisters, including Chiang Kai-Shek’s American educated wife. Political leaders whose names I know well doing things I had no idea they did. They and many other intriguing individuals kept me fascinated, even though I know how history turns out.

Who will like this book: anyone interested in Chinese history and culture and in international relations. Who will not like this book: people who think a book has to be short to be good.