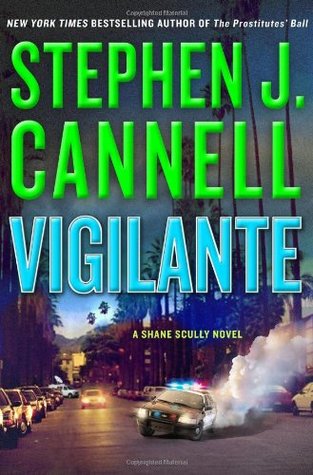 I enjoyed the fast pace, the working friendships, the portrait of a marriage that thrives despite the police careers of both partners—or maybe even because of the shared stresses and the way they understand each other. The in-depth details of police work are fascinating, and the story engages with the issue of conflicted police-community relations without taking sides or preaching. It’s part of the realistic setting. And it relates to the apparent motive behind a vigilante reality TV show that makes cops look bad.

I loved the way Hitchens and Scully cracked the case through attention to subtle clues. Hitchens is more likeable and interesting than Scully, but that’s partly an effect of point of view. The narrator, Scully, is more observant of others than he is self-revealing, so he is harder to get to know even though he’s telling the story. The first person POV blunts a certain amount of the tension, because obviously the narrator survives, but there’s enough tension to go around that this seldom weakens the suspense.

I suspect the author consciously chose to build a scene around a certain old-fashioned form of peril that was used in a number of late nineteenth century plays and satirized in several popular silent comedies. It doesn’t seem possible that he wrote this particular scene without awareness of its historical antecedents, and I bet he had fun plotting it. I would have fun saying what it is, but that would be a spoiler. (No, the protagonist does not hang from a cliff.)