An Intimate Look at the Tuscarora Tribe during the American Revolution 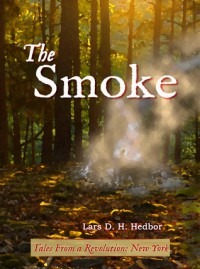 At first, I thought I was reading the parallel stories of two leaders in two different cultures during the American Revolution, Tanarou, a Tuscarora elder and Sgt. Howe of the Colonial New York militia, since the first two chapters open in these men’s points of view. The plot at first appeared to be about the progress of the war and the conflicts among the Iroquois confederacy, the Colonials, and the British. Then it became the stories of two younger warriors, Ginawo, a promising leader in his tribe, and Private Joseph Killeen, and the unwelcome alliances Native tribes were obliged to make when caught between two sides. Finally, it evolved into Joseph’s story, with the broad view of the war narrowing down to focus an intense light on one young man and his cross between two cultures. Though the dialogue is sometimes forced and in one instance becomes a clunky “I did my research” display as one character unrealistically tells another things she already knows, the writing otherwise flows well and the relationships are portrayed with affecting depth. I would have liked the book to be longer, a fully fleshed out novel. There was potential in it for a big story. However, it was still worth reading, and once it found its focus on the protagonist and I realized what the arc of the plot was about, I was totally immersed in it. My interests in Native American history and eighteenth century history led me to this book, and Hedbor didn’t disappoint me at all in the depth and quality of his understanding of the cultures and setting. Since I’ve already acquired another book in the series, which explores the Revolutionary War in various locales, I’ll probably read it, but I don’t think I’ll get hooked on the series as a whole. History buffs who like short books, however—it was only 167 pages on my Nook—may well become whole-series fans.